From nurse to patient to disabled nurse 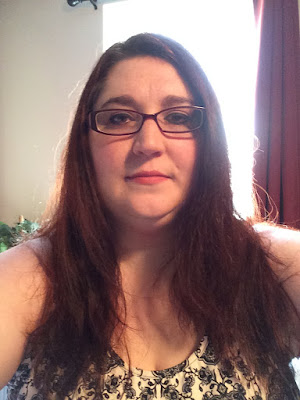 All my life I wanted to work in healthcare.  I graduated high school in 1996 and went to a university majoring in pre-med.  In October, my whole world turned upside down; my mom was diagnosed with Acute Myeloid Leukemia (AML).  It was extremely hard for me to concentrate on school.  I started failing and eventually quit.
My mom is the reason I became a nurse.  The nurses took such good care of her. They sat and comforted her, talked with her without rushing her, listened and cried with her. I thank God everyday she survived.
I started nursing school in 1999 at St. Francis Medical Center School of Nursing (no longer exists). It was tough, but I loved it.  I graduated in June 2002.
My first nursing position was on an adult cardiac step-down floor. Even though I loved working there, I had a nagging feeling that my calling was —working in pediatrics.  In 2003, I accepted a position in the pediatric intensive care unit.  I immediately knew I was meant to be there.
Over time, I dreamed of becoming a pediatric nurse practitioner or a flight nurse.  My dreams were crushed in May, 2004.  I started having lower back pain.  I thought I was working too much and it would go away.  It didn’t… it just got worse.  An MRI showed that I had both Degenerative Disc Disease (DDD) and a Herniated Disc (HD) between L4 and L5.  An x-ray showed I had a fracture at L5.

Physicians said, “You are too young to have back surgery” and “I don’t want to keep giving you narcs”.  I did not want surgery and I did not want narcotics.  I wanted to be better and go back to my life. Physical therapy helped, but only when I was there.  After PT, the pain returned with a vengeance.  I also had 3 Lumbar Epidural Steroid Injections (LESI), which did not help.  On September 7, 2005, I had a spinal fusion from L4 to S1.  My recovery went as planned. I was in PT and the medication and therapy were helping.  I thought my plight was finally going to be over.  I was wrong, very wrong.

Sometime in 2006, I started having severe, sharp pains in my lower back.  Suddenly, I could barely walk.  There were times I could not get out of bed, and when I tried, I screamed.  I would be awake most of the night crying.  My meds weren’t working anymore.
I was back to work in the PICU.  I had such a hard time walking that I had parents, whose children were dying, asking me if I was okay!
I went back to my surgeon and had x-rays, CT, MRI, and he could not figure out what was wrong. I ended up losing my job and my remaining dignity.  For a second opinion, I found a reputable orthopedic surgeon. He could tell, just by the x-ray, that all the metal in my lower back was loose.  So, I had my second back surgery, a re-fusion of L4 to S1 with a left iliac crest bone graft.  My recovery process was rough and I never had complete pain relief.
I refused to give up!

I tried to work as a floor nurse to no avail.  I ended up having to take a light duty position as a case manager.  I loved it!  But, three months later, I was told the position was temporary and I was forced to resign. Then, I worked at a pediatrician’s office and then told I needed surgery again.
I had my third back surgery—a re-fusion at L4 to S1, a fusion at L3 to L4, a laminectomy at L3 and 2 partial laminectomies at L2 and L4.  Since then, my pain has been horrible and excruciating.  My surgeon said I needed to see a pain doctor.  He also told me something I will never forget:

“Danielle, you do know that your nursing career is over now.”  I remain determined to prove him wrong!

Depression consumed me. Thankfully, I found a wonderful pain management group. They listened, helped, and treated me like a human being.
In 2009, I applied for Social Security Disability and was denied. My pain doctors gave me medication, spinal injections and a rhizotomy.  The pain remained unbearable.  They decided I should see another surgeon to see if I needed another surgery or if I could be a candidate for a spinal cord stimulator (SCS).
In 2011, I saw my third surgeon, for my forth major spinal surgery.  This surgeon tried his best to control my pain. On March 7, 2011, he performed a spinal re-fusion L3-L5 and Dynamic Stabilization between L2-L3.  My recovery was rough. No PT as the pain might increase and interfere with my recovery.

In 2012, I hired an attorney and applied for social security disability once again. This time I got it!
Overall, I had received over 30 epidural steroid injections (ESIs).  Not one ESI ever worked longer than 2 ½ weeks.  The pain doctors wanted to continue giving me the ESIs but I found that they are not FDA approved due to the potential for paralysis.  So, I moved on.
I found a new team willing to help alleviate my pain. With their help and guidance, I decided to have a spinal cord stimulator (SCS) placed.
On August 7, 2014, I had the SCS trial and it worked!  It helped decrease my pain by at least 55%.  Since the trial worked, I had another surgery – and the SCS was permanently placed.
The permanent SCS started out working well; and decreased my pain by about 55%. I finally thought I could go back to work. But once again, I was disappointed.
For three months, the SCS was effective. Then the pain increased despite the fine tuning. I had this foreign object in my spine doing nothing. On July 6, 2015, I had my sixth spinal surgery – I had the SCS removed and ended up with thoracic pain due to the procedure.
In spite of the pain, I went to Chamberlain College of Nursing online and graduated with my BSN in 2011.  I then graduated with my MSN in 2013 and later obtained a post-graduate specialization in nursing education.

I refused to give up!
My nursing career is NOT over!

Currently, my pain doctors and I are working on a medication combination. The excruciating pain is in my lumbar spine, shoots up to my thoracic spine, and into my left hip and thigh. I have been diagnosed chronic lower back pain, degenerative disc disease, lumbar radiculopathy, lower extremity radiculopathy, spondylolisthesis, spinal fracture (L5), spinal stenosis, lumbar pseudo arthritis, herniated disc (L4-L5), lumbar discogenic syndrome, post laminectomy syndrome, spinal hemangioma, and left hip bursitis.

Through all this excruciating pain, I remain positive.  Positive that one day, I will have some relief and get back to work in nursing, as a nursing instructor.

Danielle Fullen can be reached at:  chloebear3@hotmail.com

Posted by Donna Maheady at 6:52 AM