Car accident, paralysis and disability... not stopping this nursing student!! 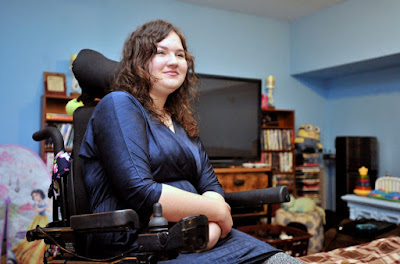 "Christine said she didn't know if it would happen. She could barely raise her arms or move her fingers, even though her physical therapist told her she was a "miracle" for sustaining the injuries she sustained while still having use of her hands and arms."
"When Fay Raines, dean of the UAH College of Nursing, and Pam O'Neal, associate dean for undergraduate nursing, first visited Christine in the summer of 2012, they suggested she consider changing majors."
"Then the physical therapy began to make a difference and gradually her hands and arms began to behave as she directed. Even the doctors were telling her she could still be a nurse."
"So when Raines and O'Neal visited for a second time, Christine said they immediately encouraged her to continue pursuing a nursing degree upon seeing her improvement. Good thing, perhaps, because Christine's father said they were ready to "ambush" the deans with the idea she could become a nurse after all."
"Smith had just one semester to complete when the accident happened. But to make that final semester a little easier, UAH spread that semester over two semesters."
Read more about Christine's remarkable journey.

Our best wishes to you Christine!

Donna
Posted by Donna Maheady at 9:37 AM