Nurses with disabilities: Have you suffered discrimination? 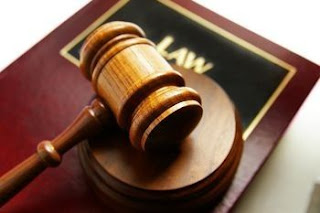 On September 25, 2008, the President signed the Americans with Disabilities Act Amendments Act of 2008 (ADAAA). The Act emphasizes that the definition of disability should be construed in favor of broad coverage of individuals to the maximum extent permitted by the terms of the ADA and generally shall not require extensive analysis. The Act makes important changes to the definition of the term "disability" by rejecting the holdings in several Supreme Court decisions and portions of EEOC's ADA regulations. The effect of these changes is to make it easier for an individual seeking protection under the ADA to establish that he or she has a disability within the meaning of the ADA (U.S. Equal Employment Opportunity Commission).


What is the impact of the ADAAA on nurses with disabilities?

In May 2015. Leslie Neal-Boyland PhD, APRN, CRRN, FAAN and Michelle Miller JD, MPH, RN published an article in the Journal of Nursing Scholarship based on legal case reviews of nurses with disabilities.
"The purpose of this legal case review and analysis was to determine what kinds of cases involving nurses with disabilities are typically brought to attorneys, which cases tend to be successful, and how and when a nurse with a disability should pursue legal action.

The review used the standard legal case analysis method to analyze legal cases that have been brought by registered nurses (RNs) with physical or sensory disabilities from 1995 to 2013. The cases span the period following the enactment of the Americans With Disabilities Act (ADA) of 1990 through the ADA Amendments Act (ADAAA) of 2008.

The cases were categorized into five types of legal claims: (a) disability discrimination (84%); (b) failure to accommodate (46%); (c) retaliation (12.5%); (d) association (3.6%); and (e) hostile work environment (7%). The cases were largely unsuccessful, particularly those brought under the ADA instead of the ADAAA.

The case analysis revealed that several cases brought by RNs with disabilities using the ADA might have been successful under the ADAAA. In addition, the case analysis has provided vital information for administrators, leaders, and clinical nurses regarding when a case is appropriate for legal action.

These findings from this review will help nurses recognize when they are being treated in a discriminatory way in the workplace, what their legal rights and responsibilities are, and at what point they should pursue legal action."

Have you been discriminated against? Please share your thoughts, experiences or comments below.