Is it time for a Nurse Idol competition?

When nurses sing, they heal themselves and patients, teach, entertain and fundraise. In addition, they promote health, peace, and national unity. The following examples demonstrate the power in the voices of nurses. 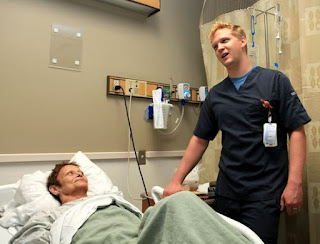 Jared Axen, RN is known by his patients at the Valencia Hospital in California as the “Angel sent from Heaven”. Jared comforts his patients by using his passion for music. He sings beautiful, soothing songs, classic hymns and Frank Sinatra standards to his patients. Jared connects with his patients on a deep and personal level. On his blog, Jared writes, “…hospice is not about giving up. It is about making those final months, weeks, days, and hours, the most meaningful.” 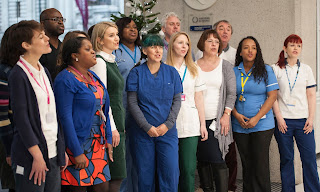 A group of nurses at South Nassau Communities Hospital in Oceanside, New York have dedicated themselves to improving the hospital not only with their nursing skills but also with their voices. The “Nightingales” began in 2009 to show that the nurses’ compassion extends beyond the bedside. The group gives about three major performances a year. They also sing for patients, weddings at the hospital and in remembrance of nurses who have passed away. 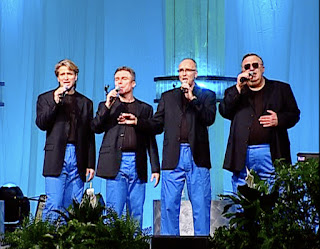 The “Laryngospasms” are a group of certified nurse anesthetists. They have been singing medically themed parodies for over 20 years. They perform at conferences, hospital galas and fundraisers. Some of their song parodies are "Waking up Is Hard to Do", "Taking Care's Our Business", "The Glove Shack", “Mr. Gas Man” and "Restart My Heart". 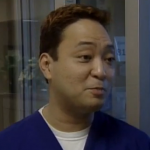 A Filipino nurse, Dominic Limpin, was working in New York City on 9/11. He is helping himself heal from post traumatic stress disorder by traveling the US and singing to his patients while performing his duties as a dialysis nurse. He uses his voice to ease the pain and suffering of patients by singing to them. The former NYC Philharmonic choir singer says “I never encounter any patient, no matter how sick they are or grouchy, who doesn't like singing.” 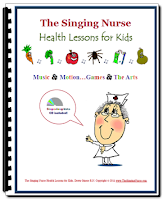 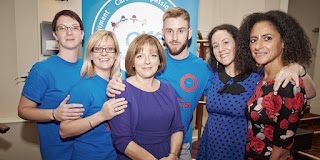 Samuel McPhail, while a student nurse at Bradford University in the UK, launched a charity single to promote the “6Cs” nursing values. The single was launched to raise money for the Yorkshire Cancer Care charity. The song promotes the ‘6Cs’ of quality healthcare – care, compassion, competence, communication, courage and commitment. The launch coincided with International Nurses Day and Florence Nightingale’s birthday, a time to reflect on decades of professionalism in nursing and a renewed focus on compassion.

Barts Choir
Barts Choir in London was started by a group of nurses at St. Bartholomew's Hospital in 1965, and was known originally as St Bartholomew’s Hospital Choral Society. All of their concerts are performed in aid of a health or medically related charity. The 2016/2017 concert series will benefit the Pancreatic Cancer UK. 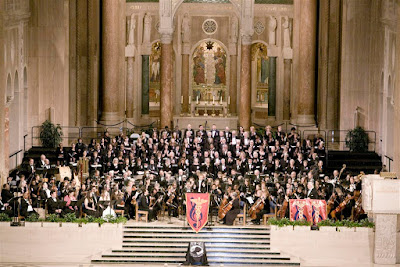 The Medical Musical Group (MMG) is the largest medical musical group in America (and possibly the world). The group is comprised of doctors, nurses and volunteers from medical centers, schools and communities throughout the U.S. The group includes nurses who sing or play musical instruments. Their mission is to perform Music with a Message – a message of healing, hope, inspiration, national unity, patriotism, and international brotherhood and sisterhood. Concerts in the US highlight healthcare concerns of veterans.


Nashville nurse, Olivia Neufelder, has captured the hearts of millions by singing to a dying woman awaiting a liver transplant. Margaret Smith, 63, was hospitalized at Vanderbilt University Medical Center, where nurse Olivia Neufelder sang “Dancing in the Sky” by Dani and Lizzy at her bedside every day.


Nurses have so many talents...and they can sing! I say it is time for an Idol competition. What do you think?


Love to read your thoughts!

Posted by Donna Maheady at 6:54 AM