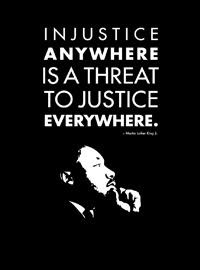 The work of Dr. Martin Luther King has lived on and impacted so many-- including nurses with disabilities. The civil rights movement led the way to passage of Section 504 of the Rehabilitation Act in 1977 and the Americans with Disabilities Act in 1990.

“Just as Dr. King and the many activists involved in the civil rights movement were influenced by Gandhi and Thoreau’s use of civil obedience, leaders of the disability- rights movement witnessed first-hand the power of non-violence in the 1950s and 1960s.

Similarities exist among the Montgomery bus boycott, the Birmingham campaign in 1963, and actions taken by disabled activists in the 1970s. Section 504 of The Rehabilitation Act prohibits discrimination against people with disabilities from participating in any program or activity receiving federal funds based on incapacity.

Secretary of Health, Education, and Welfare Joseph Califano refused to sign regulations related to Section 504. On April 5, 1977, non-violent protests and demonstrations began nationwide. A group of disabled activists began a sit-in at the San Francisco offices of HEW, the longest such demonstration ever undertaken. Kitty Cone, one of the demonstrators at the 504 sit-in, recalls:

“At every moment, we felt ourselves the descendants of the civil rights movement of the ’60s. We learned about sit-ins from the civil rights movement, we sang freedom songs to keep up morale, and consciously show the connection between the two movements. We always drew the parallels. About public transportation we said we can’t even get on the back of the bus.”

The disability rights movement continued to seek justice in the courts and in the halls of Congress. The Americans with Disabilities Act (ADA) was signed into law on July 26, 1990.

The spirit and letter of the law continues to be challenged as more and more people with disabilities push the door open in a variety of professions. The nursing profession is one example. Nurses with vision and hearing loss, mental and chronic illness, spinal cord injuries and other disabling conditions continue to face discrimination and struggle to obtain access to educational programs and employment opportunities. Much has been accomplished...but much remains to be done.

Today, we remember and give thanks for the work of Dr. Martin Luther King, Jr.

Posted by Donna Maheady at 8:15 AM