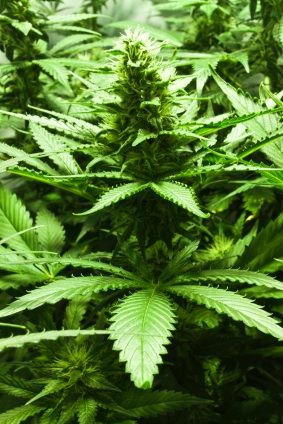 Questions have been asked regarding the implications of medical marijuana use by nurses or nursing students with disabilities. An article published by Medscape.com, "Marijuana and Your Job: What You Need to Know" by Carolyn Buppert, MSN, JD, a healthcare attorney, is important reading.

"The take-home message for nurses (and all healthcare professionals) is: If you want to protect your career, don't use marijuana recreationally, even if it is legal in your state and even if you use on your own time and off premises. It is still illegal under federal law. If you decide to take a legal risk and partake in marijuana, don't do so for at least a month before you will be working. Employers don't all conduct random drug tests, but some do, and sometimes nurses are included in widespread drug testing, even if the individual nurse has not been accused of being impaired. It is so much easier to prevent this legal problem than to deal with it after being fired."
"Furthermore, we don't know how Boards of Nursing stand on the
issue. Nurses have reported that they have lost their licenses
and/or been referred to impaired nurse programs for testing
positive for marijuana. We don't know how every Board of Nursing
would act on any given day, but at minimum, a firing would lead to
a report to the Board of Nursing, and then the burden is on the
nurse to prove he or she was not impaired at work. That, too, is
more easily prevented than dealt with after the nurse is reported."

Nurses and nursing students should continue to keep a careful eye on the current legal implications surrounding use of medical or recreational cannibus.

The complete article published on Medscape and other information can be found below.

https://www.bostonglobe.com/business/2017/07/17/sjc-rules-mass-companies-can-fire-workers-just-because-they-use-medical-marijuana/nxPMEGF0uzbjawXeCkA35J/story.html
Posted by Donna Maheady at 8:44 AM