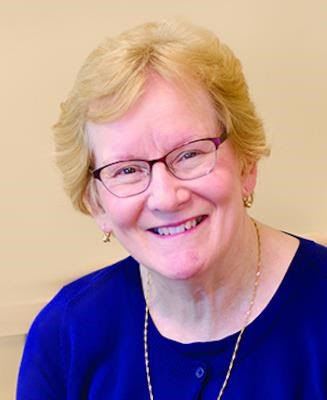 "Dr. Carolyn Keith Burr, a pediatric nurse practitioner and educator who helped save the lives of tens of thousands of people around the world through her work on the prevention of HIV/AIDS in pregnant women and children, died on Friday, October 30, 2020 at Chilton Hospital in New Jersey. She was 71. The cause of death was complications from acute pancreatitis."


"While an undergraduate at Vanderbilt University Nursing School, Dr. Burr first became active in bringing health care to those in need. Joining a coalition of health professionals, she helped bring clinics to remote areas in the Tennessee mountains where health care was scant."

"After obtaining a Masters Degree in Nursing from University of Rochester, she and her first husband, Richard Burr, moved to New Jersey in 1987. She took a job at Newark Children's Hospital in a special clinic devoted to treating mothers and their babies for an unknown disease, which later was identified as HIV/AIDS. For the next 27 years, her career was devoted to stopping mother-to-child transmission of the virus. Along the way, she acquired a Doctoral degree in Adult Education from Teachers College at Columbia University."

"Over the years, as treatments became available and the death rate in maternal transmission dropped to near zero, Dr. Burr rose to Associate Director of the François-Xavier Bagnoud Center at Rutgers University and traveled around the world teaching medical professionals the life-saving treatments she had helped pioneer. She was greatly admired and honored with numerous awards."

"In 1998, Carolyn was diagnosed with Multiple Sclerosis. She continued her career and travels until she became confined to a wheelchair, retiring in 2014." 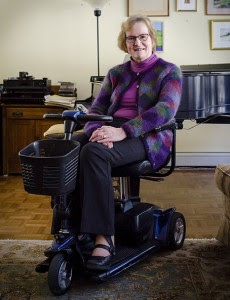 I taught with Carolyn for a few years in the 1980s.

We lost a good one!

Posted by Donna Maheady at 1:24 PM