The best 2015 blog posts about nurses with disabilities!

As the New Year quickly approaches, it is time to look back at 2015. Included below are the top 10 Exceptional Nurse blog posts about nurses with disabilities. 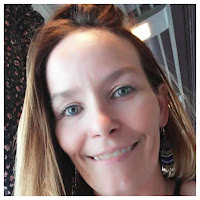 A federal judge has entered judgment against Terra State Community College in a case alleging that the College discriminated against a former nursing student Shirley Parrott-Copus in violation of the Americans with Disabilities Act and Section 504 of the Rehabilitation Act. The Order requires the College to pay $75,000.00 to the former student, Shirley Parrott-Copus.
http://exceptionalnurse.blogspot.com/2015/12/hard-of-hearing-nursing-student-wins.html

"Heartbuds" may replace stethoscope: Is this good news for nurses with hearing loss? 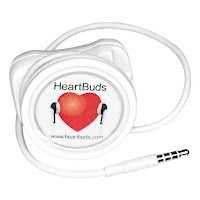 A group of cardiologists in Florida developed “HeartBuds”, a device that plugs into a smartphone and operates with an app. HeartBuds record internal sounds, like a beating heart, producing a file that can be stored and shared.
http://exceptionalnurse.blogspot.com/2015/11/heartbuds-may-replace-stethoscope-is.html

Exceptional Nurse is giving thanks with a free book offer Thanksgiving weekend! 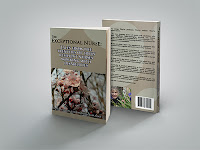 This Thanksgiving day through the weekend (November 26-29), you can get a free ebook copy of "The Exceptional Nurse: Tales from the trenches of truly resilient nurses working with disabilities".
http://exceptionalnurse.blogspot.com/2015/11/exceptional-nurse-is-giving-thanks-with.html

Yoga nursing....a gift to self! 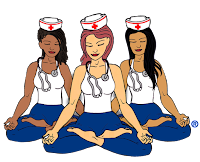 The "Yoga Nursing Essentials" program offered by Annette Tersigni, the Yoga Nurse, will teach you the core principles of yoga nursing and prepare you to incorporate yoga nursing interventions into the nursing process in a variety of clinical settings. The program will provide you with the tools needed to start your own business.
http://exceptionalnurse.blogspot.com/2015/05/yoga-nursinga-gift-to-self.html

Pinned by her attorney 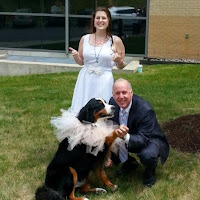 Courtney Powell walked across the stage at Mount Saint Mary College to receive her Nursing Degree.  One of the people she asked to pin her was her attorney, Anthony LoBiondo. LoBiondo successfully represented Powell in a lawsuit against Mt. St. Mary College after the college wrongfully expelled her for knitting and wearing a sweatshirt during a clinical.  Powell has a nervous system disorder called Dysautonomia and is assisted by "Emma the Service Dog Extraordinairre."
http://exceptionalnurse.blogspot.com/2015/07/pinned-by-her-attorney.html

Nurse practitioners with disabilities...Take a bow! 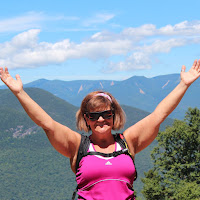 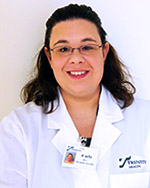 Nurses with disabilities often ask, "Can I become a nurse practitioner?" The short answer is "YES, you can!" This post includes examples.
http://exceptionalnurse.blogspot.com/2015/10/nurse-practitioners-with.html 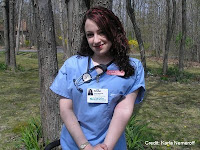 Some days, Kristal Nemeroff needs her wheelchair, but usually her walker suffices. She is slower than the students who buzz around her, but her motivation is in overdrive. At 27, Kristal is the nurse at Hamilton Elementary School in rural Pennsylvania. She says, "The ADA protected my rights and now I'm making sure my students know that, whether they have a disability or a disease, they should follow their dreams."
http://exceptionalnurse.blogspot.com/2015/07/kristal-nemeroff-rn-gives-credit-to-ada.html

Missing a limb, but not a heart!

April has been declared National Limb Loss Awareness Month in the United States. In the spirit of this campaign, it’s fitting that we celebrate some of our nursing colleagues who, despite the absence of a limb or extremity, are valuable members of our profession.
http://exceptionalnurse.blogspot.com/2015/04/missing-limb-but-not-heart_15.html

For National Epilepsy Awareness month, I "chatted" with Erica Laney, a nurse/mentor with ExceptionalNurse.com. Erica was diagnosed with epilepsy at 11 years old. She has grand-mal seizures and has been practicing as a nurse for four years.
http://exceptionalnurse.blogspot.com/2015/11/for-national-epilepsy-awareness-month.html

Disability gets sexy thanks to a nurse with Crohn's disease

Jasmine Stacey, 24, a nurse in the UK has Crohn's disease. She underwent surgery to remove part of her intestine when she was 20 years old and needed an ileostomy bag. Jasmine has launched a new line of luxury lingerie that allows women who also have stoma bags to feel sexy again.
http://exceptionalnurse.blogspot.com/2015/10/disability-gets-sexy-thanks-to-nurse.html

With thanks to all who shared and commented,

This post was written as part of the Nurse Blog Carnival. More posts on this topic can be found at http://nursecode.com/.
If you are interested in participating find out more details and sign up. 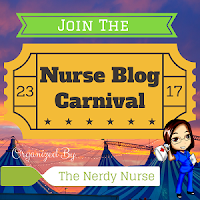 Posted by Donna Maheady at 8:15 AM