What does a stroke and a career on Wall Street have to do with becoming a nurse with a disability?

In June of 2015, I wrote a post about Paul Coyne who was born with hypertrophic cardiomyopathy. 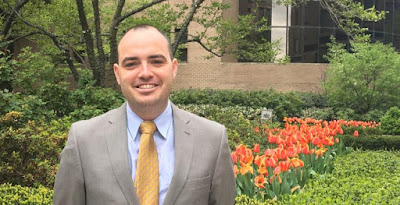 I shared the following about Paul.

"He suffered a stroke at the age of 22, moved on to work on Wall Street....and then decided to become a nurse. He was the student speaker at his Columbia University graduation. His speech will touch you....and renew your faith in why we do the work we do."

"Paul's speech also reminds us that disability doesn't always mean the end...sometimes it can be a new beginning. You can listen to his moving speech by clicking on the link below."

But...wait, wait...it gets even better!!! There is an update about Paul!

Please read the article Columbia (link below) wrote about Paul. It will inspire you....

Love to hear what you think!

Posted by Donna Maheady at 6:06 AM No comments:

Summer camp nursing can be a win-win experience for nurses with disabilities!


Did you attend Girl or Boy Scout, YWCA, YMCA or a religion affiliated camp? Did you ever work or consider working as a camp nurse?

If you are a nurse with a disability, why not explore camp nursing possibilities?

Audrey Demmitt, RN shares the benefits she gained from the experience.

Several years ago, Audrey was a camp nurse for the Georgia Lions Camp for the Blind. She recounts, "I was struggling with my own vision loss at the time, but still working as a school nurse. I spent seven weeks caring for campers of all ages from preschoolers to seniors. It was an inspiring and empowering experience not only for the campers, but for me as well."

Audrey Demmitt, RN
"I learned so much from observing the campers and playing alongside them. They had such exuberance and eagerness to try new things like climbing the rock wall and horseback riding. One six year old boy who was totally blind since birth conquered the climbing wall while his mother and camp staff looked on through misty eyes. When he reached the top and rang the bell, he was giddy with accomplishment and exclaimed "Look at me! I'm so high up!"

"Well, I came away with a new "can do" attitude after watching campers conquer new tasks. I learned to try to do things in a new way. I enjoyed being part of the visually impaired community, realizing I was one of them for the first time, which helped me accept my disability. I came away empowered to learn new skills to live with my blindness. Somehow, the kids instilled in me a new-found courage to move forward by watching their fearless approach to activities."

"I learned to play again and have fun in bubbles, water and mud. I played beep ball (adapted baseball for the blind) and loved it. I learned at the talent show that we ALL have talents. We celebrated and shared our unique talents and abilities, while our disabilities faded into the background. I was truly inspired by campers' attitudes and accomplishments as well as the staff's dedication to serve this population. My time at the Lions camp rivals my summer camp experience as a child. It was most memorable and life-changing."

Working as a summer camp nurse can help nurses with disabilities gain new experiences, maintain nursing skills, have fun and even learn coping/compensatory skills from the campers.


Why not give it a try? There are specialty camps for a wide range of campers with different disabilities.

Please share your thoughts and experiences as well as any camps looking for an "exceptional" camp nurse.


Posted by Donna Maheady at 6:25 AM No comments: 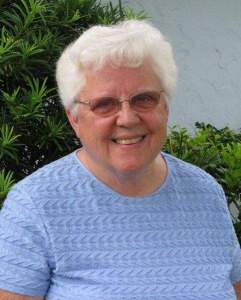 In 2005, at the age of 71, Sharon Zelinko, RN invented Gripsors! Her invention grew from a desire for a single multi-purpose tool that could be used to grip, twist and cut.

Sharon's brother-in-law, an engineer, helped her put her idea on paper and develop the drawings needed to move forward with product development. 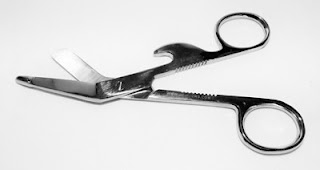 Gripsors are stainless steel bandage scissors with fine grooves and hooks that allow nurses to grip items, twist, insert or extract. They can grip IV tubing, G-tubes, oxygen connections and vials. The style with hooks can open saline vials and work as an oxygen key.

The benefits to nurses with limitations related to hand strength, dexterity or limb loss are exciting.

Could other nurses benefit? Please share your thoughts below.

With thanks for sharing!

*Learn more about Gripsors at www.Nurseborn.com  http://nurseborn.com/product/gripsors-bandage-scissors/ Products created and inspired by nurses!
Posted by Donna Maheady at 11:59 AM 1 comment: 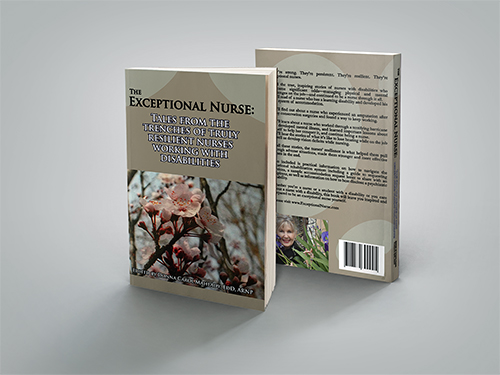 Disability advocacy wasn't my initial goal in life.
It all began with my daughter, Lauren, who is significantly disabled due to autism and related challenges. My advocacy for Lauren moved far beyond her life--and evolved into research, a dissertation, creation of a nonprofit organization; and writing books, and articles about nurses with disabilities.

I am thankful for so many nurses with and without disabilities who continue to work, improve the lives of patients, advocate and help other nurses and nursing students. It takes a village!

During Nurses Week (May 9-10, 2017), please download a free ebook copy of "The Exceptional Nurse: Tales from the trenches of truly resilient nurses working with disabilities".

Please take advantage of this gift and share with others.

Read it on your Kindle or other device.

With thanks for all you do!!

Posted by Donna Maheady at 7:33 AM No comments:

Patty Duke, Sherri Dornberger, RN and Susan Irick, RN remind us of the dangers of sepsis

Sepsis can be deadly. It kills more than 258,000 Americans each year and leaves thousands of survivors with life-changing after-effects. According to CDC, there are over 1 million cases of sepsis each year, and it is the ninth leading cause of disease-related deaths.

There is no single sign or symptom of sepsis. It is a combination of symptoms resulting from an infection. Symptoms can include fever, diarrhea, vomiting, sore throat, extreme pain, shortness of breath and many other signs and symptoms.

The following three stories show how varied the presentations can be as well as outcomes. 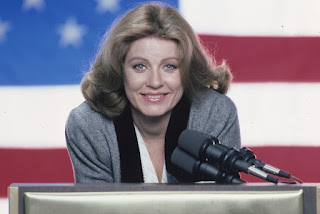 Patty Duke
Oscar-winning actress Patty Duke, star of “The Patty Duke Show” and the play and film “The Miracle Worker,” died of sepsis from a ruptured intestine on March 29, 2016 at the age of 69.

"Her death announcement is a major milestone for the sepsis awareness movement, said Thomas Heymann, executive director of the Sepsis Alliance. The more people are aware of this condition, Heymann said, the stronger their likelihood of saving their own lives or the lives of their loved ones." 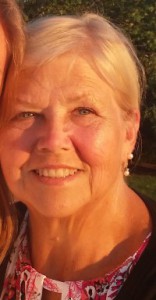 She recounts, "Through a series of unfortunate medical errors, I became the victim of a full-fledged case of sepsis throughout my body that left me in a coma for over a week in Intensive Care.
Having a rich career in long-term care nursing, I quickly became a patient who was helpless to protect myself from further harm.."

"....I know it is imperative to properly use antibiotics to protect the safety of residents cared for across the U.S. in various long-term care settings most notably skilled nursing facilities."

"Each of us, patients and healthcare providers, plays a unique, yet equally critical role in preventing HAIs and sepsis in addition to reducing the development of antibiotic resistance. I live daily with the long-term effects of low-quality care from a healthcare exposure. It is my professional and personal goal to ensure that all patients across the continuum of care receive the highest quality clinical care possible so others do not suffer the same tragedies that I have endured over the last few years. The National Association of Directors of Nursing Administration in Long Term Care stands alongside the CDC in this fight against superbugs and sepsis." 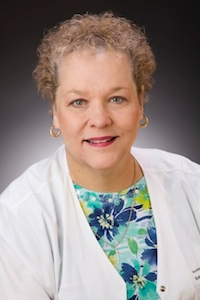 Sepsis is a term Susan Irick had heard her entire nursing career. "It never had quantifiable significance to me until the past 3 years. Now, sepsis has become an up close and personal demon that I have thankfully beaten twice. I have been the Disease Manager for Sepsis at Northeast Georgia Medical Center for the past 3 years and I have learned more than I really wanted to know about sepsis."

"My first sepsis story started on Mother’s Day, 2014. I am a diabetic and, at that time, I had to wear an insulin pump. I noticed my pump site was red and hot. I changed the pump site and called my practitioner for an antibiotic. The site became redder and larger. I began having severe dizziness, nausea, cold sweat and confusion. My colleagues took me immediately to the Emergency Room, and the doctor told me I had severe sepsis. I, of all people, did not even comprehend that I had sepsis. I was admitted to the hospital and stayed for 11 days. The wound was cultured and I was found to have MRSA. I received several intravenous antibiotics, blood products and fluids. I had heart failure, anemia and several other related problems. I do not remember most of the time I was in the hospital. It took me about three months to fully recover."


"I am so thankful that I survived my episodes of sepsis. I hope that we, as health professionals, can learn how dangerous this condition can be and ensure that our friends, families, neighbors and patients are aware and not affected by this dangerous killer."

We all play a part. What can you do to help?

With thanks in advance,

Posted by Donna Maheady at 7:03 AM No comments: