A message for nurses with disabilities: Put the glass down! 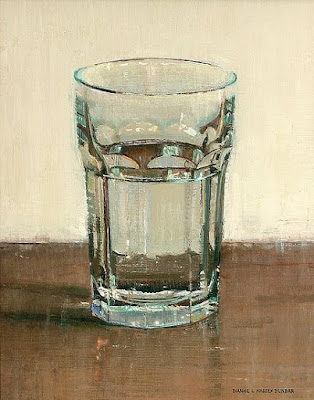 This story has been shared by many over the years.
I thought it might be helpful for nurses and nursing students who are struggling with disability related issues.


A psychologist walked around a room while teaching Stress Management to an audience.

As she raised a glass of water, everyone expected they’d be asked the “half empty or half full” question. Instead, with a smile on her face, she inquired:

“How heavy is this glass of water?”

The psychologist replied: “The absolute weight doesn’t matter. It depends on how long I hold it.

In each case, the weight of the glass doesn’t change, but the longer I hold it, the heavier it becomes.”

She continued, “The stresses and worries in life are like that glass of water: Think about them for a while and nothing happens.

Think about them a bit longer and they begin to hurt. And, if you think about them all day long – and in the days beyond – you will feel paralyzed – incapable of doing anything.”

As always, I appreciate your thoughts,

Nurses and nursing students with disabilities: The American Red Cross needs you!

In the aftermath of the tragedy in Orlando, we are reminded of the selfless acts of so many.

We can all do something to help--- donate money, give blood, become an American Red Cross volunteer or reach out to someone in need.

In the book "Nurses with Disabilities: Professional Issues and Job Retention", Leslie Neal-Boylan wrote, One nurse talked about volunteering for the American Red Cross.. "they are extremely accommodating." She told the people who offered her a volunteer position about her disabilities and they told her that was not a problem."So they want me on the disaster team. I'm gonna be teaching for them...I can't teach all day so a class that's 8 hours, I can split up any way I want" (p.71)


With thanks to the countless first responders, police, firefighters, nurses, doctors, American Red Cross volunteers and strangers who helped and continue to help out in Orlando.

Our heartfelt sympathy to the victims and their partners, friends and families.

http://www.redcross.org/images/MEDIA_CustomProductCatalog/m4440168_MakeADifferenceGuide.pdf
Posted by Donna Maheady at 12:53 PM No comments:

Moving forward with a disability: Returning to work as a nurse after an amputation 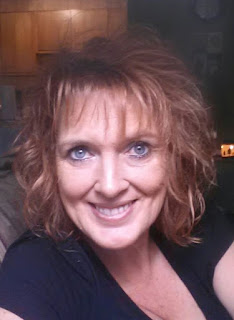 Carolyn McKinzie returned to work as a nurse following a below the knee amputation. Her journey and suggestions for other similarly situated nurses are included in a series of blog posts. Part 3 includes steps a nurse with an amputation should take before returning to work.
Our thanks to Joyce Fiodembo, RN founder of "International Nurse Support"  for sharing Carolyn's post with us.

There are steps that should be taken to evaluate readiness for work.

Assess physical readiness
Consultation with a primary care physician to discuss current, overall health status is essential.
The next step should be a consultation with a prosthetist to discuss the physical requirements and essential functions of the position being considered. A prosthetist can facilitate provision of prosthetic components to meet the level of activity.A physical therapy consultation may also be indicated.
Develop a Resume
A resume should be created or updated based on work experience and interests. Certifications such as IV, dialysis and oncology should be included along with computer and language skills (bilingual, sign language).

Review Job description
The physical job description for a position should be available from the HR department. A review of the job description and essential functions is needed along with a comparison with the amputee’s abilities and limitations.
Request a Job shadow
Job shadowing a nurse working in the position sought is ideal. Benefits include a clear and honest understanding of the duties required for the position.

Consider need for Accommodation
A review of the job description may identify requirements that will require accommodation. Areas to consider include:
Time spent standing in one place and time spent walking.
Number of bends, squats and kneels.
Environmental factors such as doors (weighted), distance between stations and stairs.
Contact Carolyn McKinzie at:
Email: Blueeyedlady1101@yahoo.com
Phone: 207-624-1076
Facebook: Amputee Nurse Consultant/Carolyn McKinzie, LPN, RBKA

Read more of this blog post and Part 1 and Part 2 at:
http://www.internationalnursesupport.com/4489/nurse-carolyn-answers-your-questions/

Appreciate your thoughts and comments.

Posted by Donna Maheady at 8:51 AM No comments: 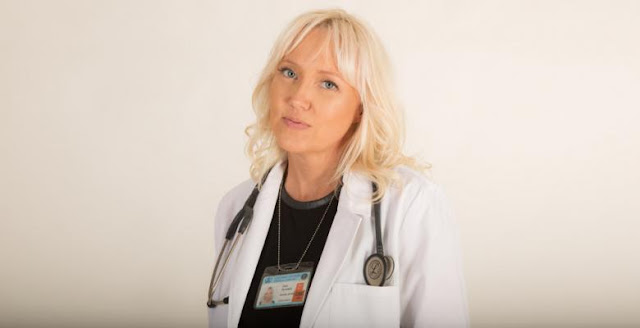 "When Dyan Summers’ patient suggested he might have a disease called “Zika Fever” in 2013, she was dubious.
In her 15 years as a certified nurse practitioner specializing in tropical medicine, Summers had diagnosed malaria, Dengue fever and at least one case of Cutaneous larva migrans—a thread-like worm lodged in a patient’s leg.
But as Summers has learned over her years working as a healthcare practitioner, most recently at Travelers Medical Service in New York City, “You listen to your patients, even if what they’re saying sounds a little wacky.”
This patient was an adventure traveler, and had read an article about Zika while traveling through French Polynesia. As her assistant drew blood, Summers did some online research, and then called the CDC.
“I think I have the first American traveler with Zika sitting in my office,” she said, before sending blood samples to its Atlanta headquarters. The CDC confirmed the case.
Summers’ patient recovered, and his case was the basis for an article she wrote for the Journal of Travel Medicine, and the portfolio she put together in order to earn a doctorate of nursing practice—her third Columbia degree—from the Columbia University School of Nursing this spring. The New York Times quoted her during the recent outbreak of the disease. It is just the latest achievement for Summers, whose educational attainment would have seemed as unlikely to her as that rare case of Zika.
A native of Idaho Falls, Idaho, Summers grew up in a trailer in a farm community and enrolled in a nurse’s aide training program in high school. The experience gave her the confidence to enroll in a correspondence course and earn an associate’s degree from Regents College.
In 1991, she read an article about disenfranchised New Yorkers caught up in the AIDS epidemic, and moved to the city to work in an AIDS unit. Summers went on to earn a B.S. at Pace University and did volunteer work in Nicaragua, which in turn led her to pursue travel medicine. Certificates from Johns Hopkins soon followed, in tropical diseases and travel medicine. In 1997, she earned her first degree from Columbia, a master’s from the Mailman School of Public Health. She earned a second as a nurse practitioner from the School of Nursing in 2001.
Summers has also worked in home healthcare and as a medical consultant. But it was her 2007 diagnosis of multiple sclerosis that has most changed her.
The medicine she took for it made her feel worse, and she was exhausted all the time. So she began researching her disease and learned about an experimental procedure using angioplasty to increase blood flow in the jugular vein. Summers consulted with David Sperling, an interventional radiologist and an associate clinical professor at Columbia University Medical Center who, after careful study, performed the procedure in 2009.
It changed her life. Her balance and cognition improved. She has since made exercise and diet a priority, has hiked Venezuala’s 10,200-foot Mount Roraima twice and is an amateur natural fitness competitor, which is akin to bodybuilding.
“I’m in the best shape of my life because of the MS,” she says. “You wouldn’t know that I have a serious disability.”


Bravo and congratulations to Dr. Summers!

Keep up the great work!

Wish you all the best,

Donna
http://news.columbia.edu/node/1116
Posted by Donna Maheady at 5:43 AM No comments: