Nurse amputee: Nobody told her not to try!

At 11 years old, Mary Novotny Jeffries lost her leg to bone cancer. After discharge from the hospital she returned home to life with her 7 siblings; where nobody told her not to try. And, try is what she did!

She credits much of her success to her quick rebound to normal life. Between school and chores, she didn't have time to feel sorry for herself.

In 1979, Mary launched the Families and Amputees in Motion support group while pursuing her master's degree in nursing at the University of Illinois at Chicago. Her focus was on rehabilitation nursing. At the UIC Amputee Clinic, she conducted research exploring questions regarding amputees' adjustment to limb loss, particularly in terms of body image.

After presenting her findings, physicians and nurses soon began asking Novotny to talk to new amputees and present her information at other venues. These experiences helped to shape her passion for peer visitation.

She founded the Amputee Coalition of America in 1986 (amputee-coalition.org) and the National Limb Loss Information Center in 1997.

Now, she counsels and trains amputees in locales as close as Chicago and as far away as Haiti, where she traveled after the devastating earthquake of 2010.

"I rarely felt like what I did was work.... Giving to help others is not work. It rewards the giver far more than one can imagine."

Click on the articles below to read more about Mary's remarkable journey.

Donna
Posted by Donna Maheady at 7:34 AM No comments: 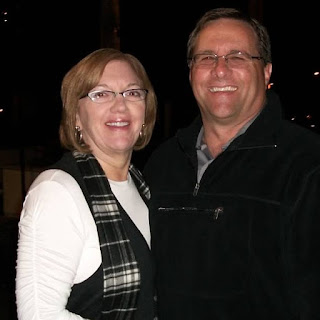 I am a registered nurse and started working at City of Hope in 1980 when I was 25. I can honestly say accepting a job here was one of the best decisions that I have made in my life. I have worked with some of the most talented and remarkable colleagues, and knowing many of them for 30-plus years has enriched my life tremendously.

Fast forward to 2002: Then, as now, I was the clinical nursing director of hematology and hematopoietic stem cell transplantation. I was divorced, with two children  – Elizabeth, who was 19, and Gregory, who was 14.

I was 47, had some bleeding and went for a colonoscopy at a different hospital. I had no desire to have any City of Hope physician see me with less than my normal work clothes on, so naturally, I would have the test done elsewhere.

No mud no lotus: True for nurses with disabilities? 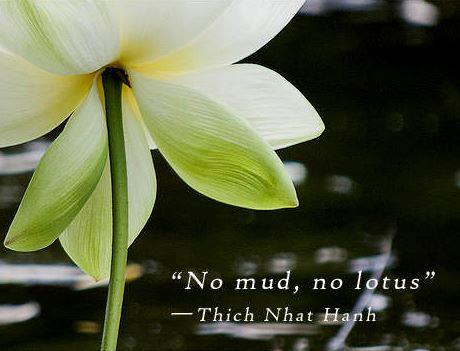 "Thich Nhat Hanh, the Vietnames Zen Buddhist spiritual leader, has said, "No mud, no lotus." Without suffering through the mud, you cannot find the happiness of the lotus. Without grit, there is no pearl. He also believes that when we know how to suffer, we suffer less."

"Thich Nhat Hanh acknowledges that because suffering can feel so bad, we try to run away from it or cover it up by consuming. But unless we’re able to face our suffering, we can’t be present and available to life, and happiness will continue to elude us. Nhat Hanh shares how the practices of stopping, mindful breathing, and deep concentration can generate the energy of mindfulness within our daily lives."

Mucking around in the mud may be an essential part of the journey for many nurses and nursing students with disabilities. Do you agree?

Posted by Donna Maheady at 7:22 AM No comments: