As the New Year approaches, it is time to look back at 2016. Included below are the top 10 Exceptional Nurse blog posts about nurses with disabilities.

Nurse with Asperger's is champion for


others with autism spectrum disorder 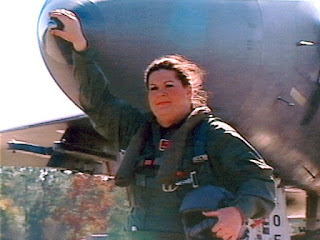 So how does a person with Asperger's disorder move forward to become a nurse anesthetist, military aviation photojournalist, author, public speaker, advocate and founder of a non profit organization?
Just like the answer to "How do you get to Carnegie Hall?"
PRACTICE!
http://exceptionalnurse.blogspot.com/2016/07/nurse-with-aspergers-syndrome-is.html

Nurses: How do you don gloves with a different hand? 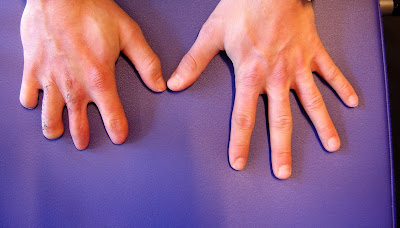 How does a nurse or nursing student with short, partial or missing fingers; or who wears a prosthetic hand don gloves in a healthcare setting?
The question was posted to a group of nurses with disabilities. 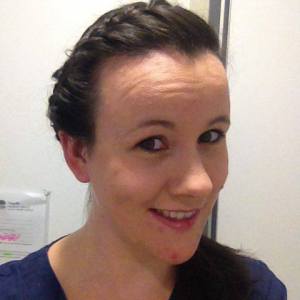 Lucy Eels, RN shared her story in a blog post for "Break the Sound Barrier" the Australian national campaign to make hearing health and well-being a national health priority.
http://exceptionalnurse.blogspot.com/2016/09/deaf-nurse-helping-to-break-sound.html

Hurricane Hugo: Remembering nurses
who worked through the storm 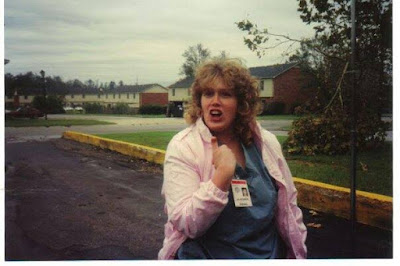 Imagine how many nurses worked through the storm. Were they injured? Did they suffer from PTSD? Did they receive mental health counseling following the storm? Margot Withrow and John Owen share vivid details of working through the storm.
http://exceptionalnurse.blogspot.com/2015/01/hurricane-hugo-remembering-nurses-who_26.html

"Breaking it down" for nursing students with learning disabilities 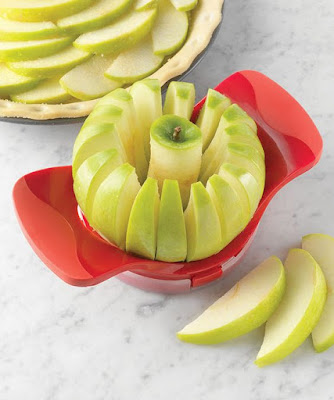 Breaking a task down into micro-units, using prompts, and assistive technology can help all students.
http://exceptionalnurse.blogspot.com/2016/11/breaking-it-down-for-nursing-students.html

Moving forward with a disability: Returning to work as a nurse after an amputation 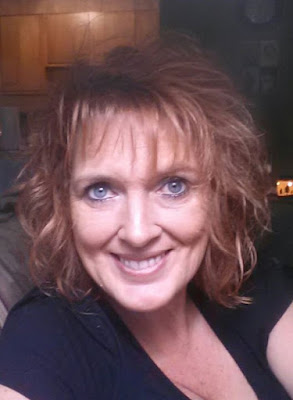 Carolyn McKinzie returned to work as a nurse following a below the knee amputation. Her journey and suggestions for other similarly situated nurses are included in a series of blog posts.  http://exceptionalnurse.blogspot.com/2016/06/moving-forward-with-disability.html

A message for nurses with disabilities from Neil deGrasse Tyson, the astrophysicist 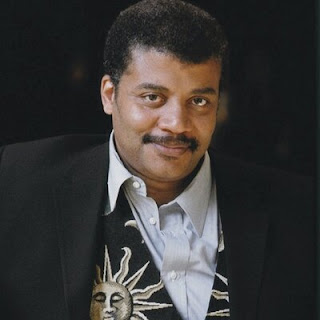 Neil deGrasse Tyson talked about how his colleagues and co-workers with ADD, dyslexia and autism spectrum disorder cope with not being what some people consider "normal".
http://exceptionalnurse.blogspot.com/2016/08/a-message-for-nurses-with-disabilities.html 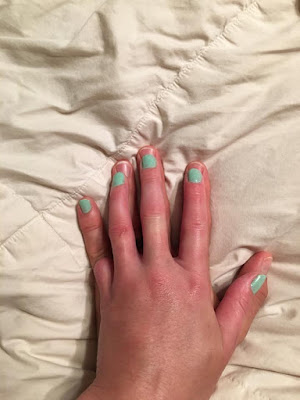 Libby Sanders is a nurse in Jasper, Indiana. Earlier this year, she lost her left pinky finger after a freak accident with a screen door. Since the accident she was a little self-conscious about the missing finger. 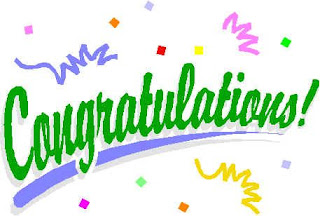 Nursing students with a wide range of disabilities are increasing in number every year. Disabilities may include hearing loss, low vision, learning disabilities, limb differences, paralysis, mental illness and chronic conditions such as multiple sclerosis, lupus and movement disorders.
http://exceptionalnurse.blogspot.com/2016/07/nursing-students-with-disabilities.html 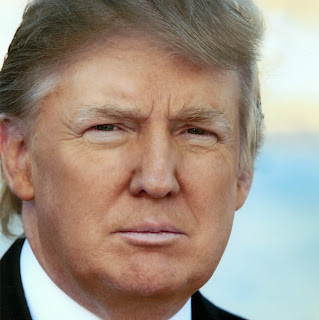 So much has been said and predicted about a Donald Trump presidency. Can we turn our attention to nurses? And, specifically nurses and nursing students with disabilities?
http://exceptionalnurse.blogspot.com/2016/11/will-president-elect-donald-trump.html

Holiday gifts for nurses and nursing students with disabilities 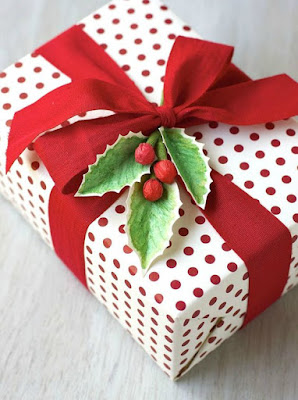 Do you have a nurse or nursing student with a disability on your holiday list? Here are a "few of their favorite things" to consider. 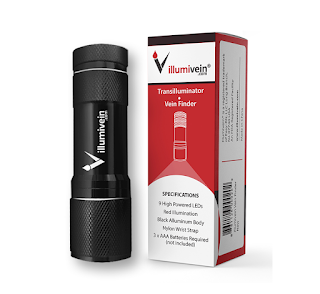 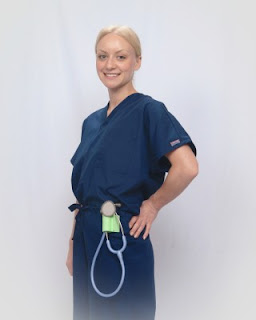 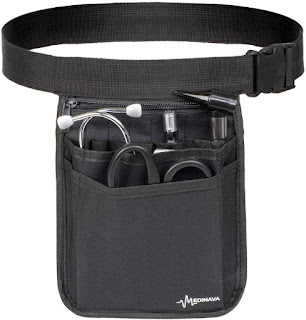 https://www.amazon.com/Medical-Organizer-Belt-Nurses-Multi-Compartment/dp/B07VH54Y9R/ref=sr_1_1?keywords=nurse+belt+side+holster&qid=1575560416&sr=8-1
Belt or side Holster 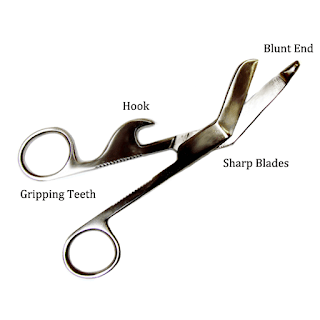 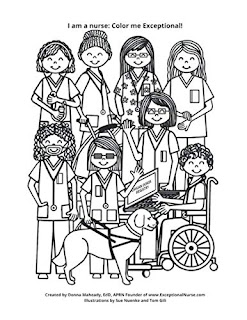 How can someone with a hearing loss become a nurse? 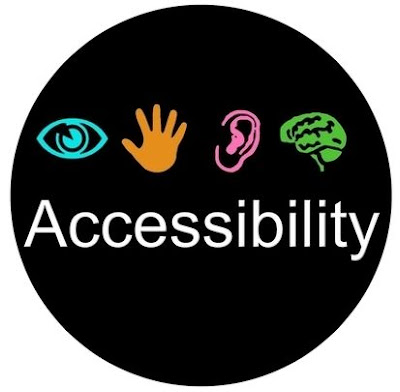 The experiences of students with hearing loss can vary significantly among individuals. A number of personal and environmental factors will have an impact on how the student learns and how he or she interacts with instructors, peers, and patients. Other factors include degree of hearing loss, age of onset of hearing loss, and educational background. Ambient noise levels, room acoustics, and lighting also can have a significant impact on how well communication might flow between a health care provider and a patient.
In many settings, simple changes can be made that may benefit more than just one person. Using the principles of universal design, adding visual signals such as flashing lights in addition to auditory signals can alert any member of the staff. Using pagers is a common way of communicating, and it creates a more accessible work environment for everyone.

Students who need additional visual cues for classroom access may request speech-to-text services, sign language interpreters, or oral interpreters. Speech-to-text service providers (often referred to as a captioner or transcriber) use specialized software and a display device to provide a text format of the lecture and discussion.

Students who use sign language interpreters should discuss the preferred mode of communication (e.g., use of American Sign Language or use of Contact Sign), review terminology, and establish what signs could be used to express specific concepts for each class. Students with strong speech reading skills may request an oral interpreter. An oral interpreter will present on the lips and face what is being said during the conversation or presentation.

Many students use personal hearing aids to understand speech and detect environmental cues. Although hearing aid technology has improved tremendously over the past few decades, there are limitations to how strong the signal might be.  Older analog hearing aids tend to amplify all sounds, making it difficult to separate background noise from speech; the sound produced by newer digital hearing aids is clearer and has reduced distortion and internal noise. High-end digital hearing aids may also be programmed for different listening situations.

Purchasing and maintaining a personal hearing aid is the student’s responsibility. Assistive listening devices (ALD) amplify the speaker’s voice and reduce the influence of background noise. Commonly used ALDs include FM systems, infrared systems, and electromagnetic induction loop systems. Because an ALD might be used by several different students, this equipment is generally purchased and maintained by the institution.

In the college environment, students who are deaf or hard of hearing are strongly encouraged to take an active role in planning their communication access services. Discussions with the staff in the disability services office can be helpful prior to the start of a new term, especially when the student’s course load includes laboratory work or clinical assignments. Service providers, such as interpreters or speech-to-text providers, may need to prepare for the terminology used in the classes or work with the student to determine the best sight lines to see the access service, the instructor, and any visual course materials used.

In clinical settings, students will be expected to identify heart, lung, and bowel sounds; communicate in settings in which surgical masks are used; and communicate with patients in a clinical setting or on the telephone. Students with hearing loss may not be able to utilize a traditional acoustic stethoscope. Several amplified stethoscope models are available, and students who benefit from hearing aids are encouraged to work with faculty and their audiologist to determine a good match. Technology such as text pagers and smartphones can be an effective strategy for handling alerts and telephone messages. There are numerous materials available on the PEPNet website that may provide a student with additional information: www.pepnet.org.

*Note: The PepNet website will close December 31, 2016 and transition to working with the National Deaf Center on Postsecondary Outcomes info@nationaldeafcenter.org.
This information is an excerpt from a chapter commentary written by Marcia Kolvitz, PhD, Director of PEPNet-South at The University of Tennessee, Knoxville in the book "The Exceptional Nurse: Tales from the trenches of truly resilient nurses working with disabilities". To order a copy, visit:
https://www.amazon.com/Exceptional-Nurse-trenches-resilient-disAbilities/dp/149540093X/ref=sr_1_1?s=books&ie=UTF8&qid=1473089785&sr=1-1&keywords=maheady
Posted by Donna Maheady at 2:42 PM No comments: