Pinned by her attorney

Congratulations to Courtney Powell and her service dog! 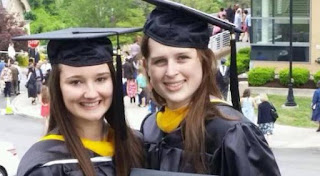 Newburgh, NY - on May 15th, Courtney Powell walked across the stage at Mount Saint Mary College to receive her Nursing Degree.  One of the people she asked to pin her was her attorney, Anthony LoBiondo, of LoBiondo Law Offices in Newburgh.

"I dedicate this pin to my fierce attorney for all of his support and guidance while successfully navigating through the nursing program," said Powell.  "In the face of adversity, Team LoBiondo taught me the real meaning of 'doce me veritatem' and I owe my RSN in part to them."  Doce Me Veritatem is Latin for "Teach me the truth," the motto of Mount Saint Mary College.

The pinning ceremony for nurses dates back to the 1860's when Florence Nightingale was honored with the Red Cross of St. George for her selfless efforts to injured men during the Crimean War. Because she believed in acknowledging a job well done, she presented a medal of excellence to her hardest working nursing graduates. "Being asked to pin a nursing graduate is a great honor," said LoBiondo, "and I was extremely honored to pin Courtney at her nursing graduation ceremony."

LoBiondo successfully represented Powell in a lawsuit against Mt. St. Mary College after the college wrongfully expelled her for knitting and wearing a sweatshirt during a clinical.  Powell has a nervous system disorder called Dysautonomia and is assisted by "Emma the Service Dog Extraordinairre."  After the wrongful expulsion, LoBiondo brought an Article 78 Petition in New York State Supreme Court, which came before the Honorable Elaine Slobod.

"The Court saw that Courtney had been wrongfully expelled and wrote in the decision that the expulsion was 'arbitrary and capricious' and held that 'there was not one shred of evidence,' and then ordered the Mount to reverse the expulsion and return Courtney to her classes," said LoBiondo.

"I can't thank Team LoBiondo enough," said Powell.  "I couldn't have done it without them. I am so grateful to Mr. Lo for not only believing in me when Mount Saint Mary didn't, but for believing that I could succeed when so many others said I couldn't.  Mr. Lo helped me achieve my dream and that's something I'll never be able to thank him enough for!"

"I am just thankful that Courtney was able to finish out her nursing classes, get her nursing degree and graduate on time.  She is going to make a stellar nurse," said Anthony LoBiondo. 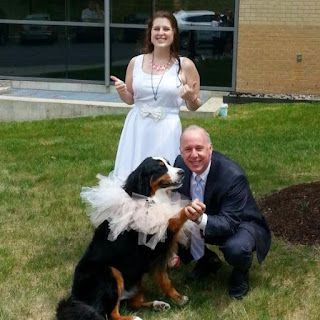