Reassignment as a reasonable accommodation 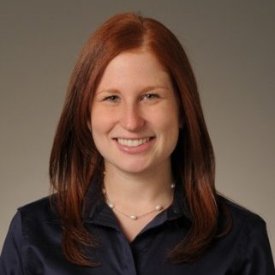 Many nurses with disabilities have questions about reassignment as a reasonable accommodation. Ms. Weisberg shares information about a court ruling against United Airlines. This ruling may have an impact on other employers. An excerpt is included below.

The ADA defines “reasonable accommodation” to include “reassignment to a vacant position,” 42 U.S.C. § 12111, and in 2002, the U.S. Supreme Court confirmed that reassignment can be a reasonable accommodation for employees with disabilities, see U.S. Airways, Inc. v. Barnett, 535 U.S. 391 (2002). Despite these clear proclamations, for many years, courts remained divided as to what the ADA required, exactly, when it came to reassignment. Some courts said reassignment requires employers to permit an employee to compete for the vacant position, while others said it requires employers to place an employee in the vacant position, subject to certain exceptions.

In 2012, however, the U.S. Court of Appeals for the Seventh Circuit in EEOC v. United Airlines, 693 F.3d 760 (7th Cir. 2012), took a step toward shoring up the judicial disagreement when it joined other courts and held that, absent a bona fide seniority system, reassignment as a reasonable accommodation requires employers to place employees with disabilities in a vacant position for which they are qualified, provided that such accommodations would be ordinarily reasonable and would not present an undue hardship to the employer. This is true even if there are more qualified applicants for the position. United appealed the court’s decision to the U.S. Supreme Court, which declined to hear the case.


Under the terms of the consent decree announced in June 2015, United will pay over $1 million to a small class of former employees and will implement changes to its national reassignment policy so that it is consistent with the Seventh Circuit’s ruling. Many in the disability rights community are hopeful that the United Airlines ruling and consent decree will have a ripple effect among employers.

Can you share your experience with a request for reassignment?

Do you think the United Airlines ruling will have a ripple effect among employers of healthcare workers?


https://usodep.blogs.govdelivery.com/2015/07/06/the-importance-of-reassignment-as-a-reasonable-accommodation-under-the-ada/
Posted by Donna Maheady at 7:52 AM