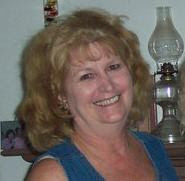 In 1978, I graduated with an ADN in nursing. Prior to switching to nursing, I pursued a degree in teaching for about three years but never graduated. I am a two-time survivor of breast cancer as well as a nurse with a disability.

For 37 years, I practiced as an RN is multiple clinical settings including emergency nursing, flight nursing, telephone triage, industrial nursing, all critical care units except neonatal and, from 2002 until 2013, as an RN in psychiatric and substance abuse settings. On to the cool warrior nurse stuff.....

Back in the early days of the 'net, in 1996, well before the advent of Facebook and WYSIWIG ("what you see if what you get" website development), I taught myself HTML. My first website was entitled "The Patient Advocate." I started that site because I was royally pissed at the way Rick Scott, then head of Columbia/HCA, was allowing nurses and patients to be treated at Columbia/HCA hospitals.

I still remember, vividly, the fear and angst I felt when I first published that website! Scary stuff! And I will NEVER forget the validation I felt on behalf of nurses and patients when Columbia and Rick Scott went down the tubes in 1996. I recall jumping up, pumping my fist in the air, and yelling, "YES! YES! YES!"

Moving along to 1997.... I was elected national president (and website developer) of a group of nurses who connected online through the Nursenet email list. On May 1, 1998, that group of dedicated, passionate nurses held rallies for safe patient care in nine states. The name of our group was The Florence Project. I incorporated our national group in Florida as a 501c3 non-profit.

One of the reasons I have held off posting my intro is the deep, personal pain associated with that time in my life. On the day of our rallies, May 1, 1998, we lost four members of our group who were headed to our rally in Albany, New York. One of our members who died, Doug Fletcher, was the publisher of the "Journal for Nursing Jocularity." All four who died were cast members of the nurse musical "Who's Got the Keys?" They were on their way from rehearsal to the rally in Albany when the van in which they were traveling was hit broadside by an 18-wheeler.

In the months before our rallies, Doug Fletcher, whom I never met in person, had become a personal friend, mentor and cheerleader. He was one of the funniest and most up-beat people I have ever known. He had a strange tendency to call me out of the blue whenever I was down. One time, he caught me when I was on the toilet. He heard it flush as we were talking. From that time on, he prefaced every conversation we had with, "Are you still on the toilet?"

Doug's passing hit me hard. A few weeks after our rallies in 1998, I was the nurse speaker on behalf of The Florence Project at the national convention of the Physicians for a National Health Program in Boston, Massachusetts. I recall little of what I said other than asking for a moment of silence for Doug and our other three members who were killed in that tragic accident.

Due to my physical limitations combined with my personal experience with depression, I decided to enter the field of psychiatric nursing. I worked in a state mental hospital in Florida and, later, in an acute care psychiatric unit/receiving center. Both were managed by one huge, local hospital system.

This is where my story gets sticky. After working for seven years in that acute psych unit, I was terminated in 2013. I had never been terminated or seriously disciplined before in my entire nursing career. Three months after my termination, I opted, with the support of my husband, to do what most nurses cannot do: I sued that employer. In April, 2015, I was forced to drop my lawsuit for financial reasons. The rest of my story, including blog entries I wrote for Alene Nitzky, RN PhD's Fighting Dinosaurs website, is available at
http://guerrillanurse.net/2015/11/11/my-story

After I was terminated, I experienced all the signs of post-traumatic stress disorder, although I didn't recognize it at the time. It was actually my husband, a PTSD survivor himself, who first brought it to my attention. During my travels out in cyberspace, I met other nurses and health care workers who had either been diagnosed with PTSD or suspected they have it. The common denominator was this: we all worked in health care, and we all attributed our possible PTSD to our work! Last year, Scott Nations and I started FB group called "PTSD in Healthcare Workers: The Epidemic. That group is available here:
https://www.facebook.com/groups/1064904140203591

In September 2015, I watched as Janie's group "Show Me Your Stethoscope" blew up Facebook! I watched the numbers closely, and posted the growing numbers everywhere I could think of on the 'net. I have never been so proud of nurses and nursing! To now be one of Florida's ambassadors for the SMYS for Change group is an honor as well as a responsibility I take seriously. To me, it is a major commitment as well as a challenge. I am willing to do whatever it takes to further our cause.

So now you have it. If you've read this far, you know me pretty well.

Donna
Posted by Donna Maheady at 6:25 AM